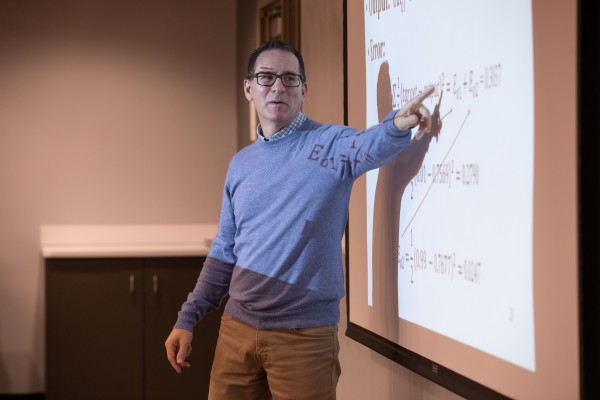 In the latest issue of Communications of the ACM, Jim Davis, a professor in the Department of Computer Science and Engineering, writes about a unique classroom experience in his course, Artificial Intelligence for Non-Majors.

Davis was describing the A* algorithm – a foundational algorithm in computer science and artificial intelligence – when a student asked, “What does A* stand for?” Stumped, Davis challenged the class to find an answer. Davis is a participant in UITL’s Teaching Support Program (TSP). As a result of the TSP, he has made improvements to drive classroom engagement, including opportunities for students to self-assess their participation.

Although the A* algorithm was published more than 50 years ago, one student, Jeff Hachtel, Davis’ co-author on the article, successfully contacted all three of the algorithm’s original authors. Davis and Hachtel describe their correspondence—and the clarity they were able to provide about the origins of the algorithm—in their article, “A* Search: What’s in a Name?”

“Decades after the A* algorithm was initially published we finally have our answer(s),” they write. “Though there remain slight differences in opinion behind the true meaning and use of the star (distinction vs. optimality), it has nonetheless been an interesting and illuminating historical journey through A*. Perhaps it is time to update the textbooks.”

Learn More:
A* Search: What’s in a Name?

Aug. 1 is next recommended completion date for TSP

UITL Announces Launch of “Foundations of Teaching"
Innovative Approaches to Documenting Teaching: Peer Evaluation of Teaching and Teaching Portfolios
Growing Community for Teaching and Learning at The Ohio State University